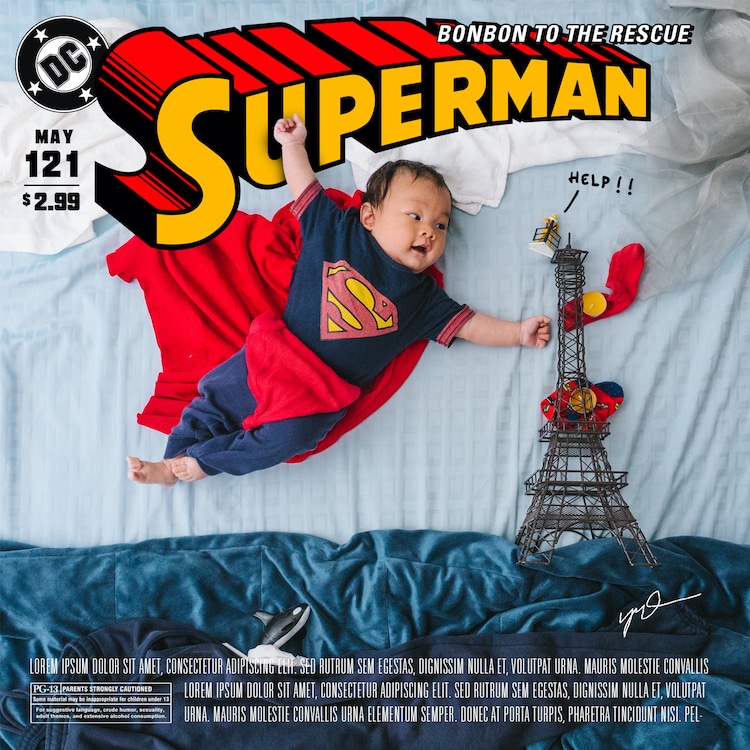 You see them all the time on Instagram—excited parents who want to chronicle their newborn baby’s growth by laying them against cute backdrops and snapping pictures. Designer Benson Chou and his wife Michelle participated in this social media tradition, but in his words, they “might’ve gone too far” in how elaborate their photos became. Within a year’s time, the couple produced 52 “movie posters” each starring their son Zoltan (aka Bonbon). The imaginative images feature the boy in a variety of scenes, from him playing Superman to grinding on a skateboard. Each composition uses everyday props the couple had on hand.

“It all started with the Buzz Lightyear onesie,” Chou recalls. As a token of appreciation for what was a gift, he and his wife thought that it’d be nice to share a photo of the two-month-old Zoltan wearing the outfit. “Then, we thought if we were gonna take a photo anyway, instead of using the floor or our bed, why not set up a clean backdrop to make everything look better. Of course.” But it didn’t stop there. “And since we were already using a backdrop, we might as well… use earbuds as stars, scarves as planets, drag the thermometer across the canvas like a shooting star and, you know, while we were at it, Photoshop the photo and turn it into a poster.”

Soon, the couple realized they had created a new project for themselves, and they committed to taking a picture of their son every weekend until he turned one. If this sounds daunting, Chou and his wife thought so too. To prevent themselves from giving up halfway through, they made parameters for the project.

One stipulation was that the endeavor should not add stress to their lives. “It should be fun and off of our minds until the day of the shoot,” he says. “So we tended to just try to come up with a theme on the day of the shoot or the day before. And that was why you’ll see lots of posters were drawn from current events.”

The second rule was to help make their shots as creative as possible. They tried to use practical effects to cut down on the post-production time. “It was also way more fun making a stereo speaker using cast iron lids and lego pieces than just throwing one in with Photoshop.”

It’d be easy for the baby photoshoots to get out of hand and take all day. To ensure that this wouldn’t happen, mom and dad set a strict time limit of 30 minutes per shoot. It worked out 99% of the time. “Usually it was Zoltan’s fault when we had to break this rule.”

When the project wrapped, the couple commemorated their hard work by compiling the images into a hardbound book. “It was certainly one of my most enjoyable projects,” Chou writes. But would he do it again? “Sorry, my second kid, you might not get the same treatment. Daddy’s kinda lazy.” 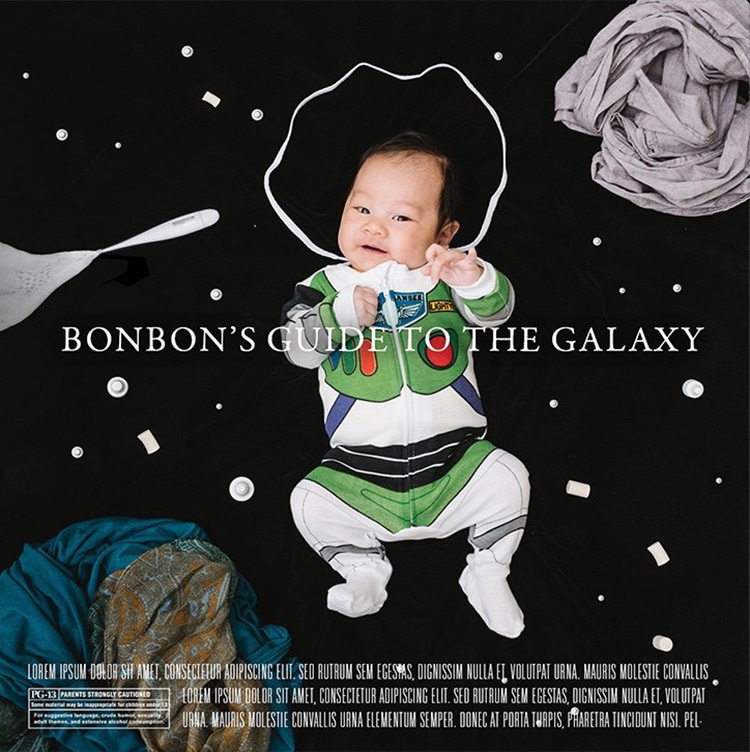 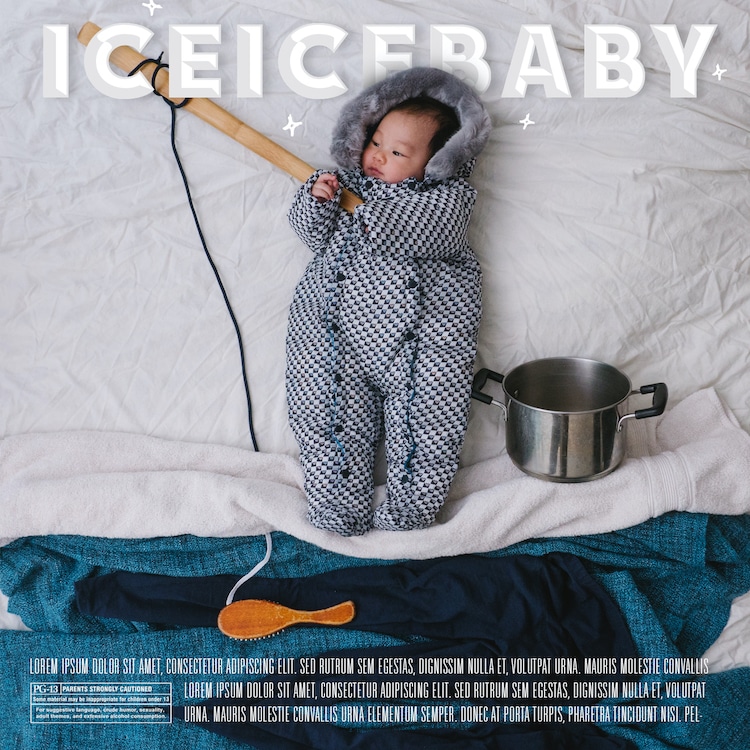 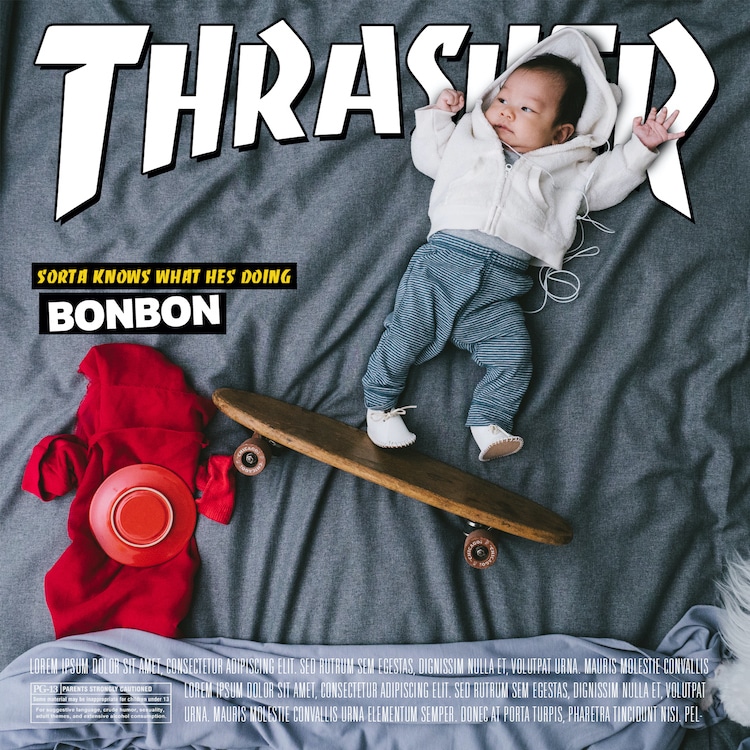 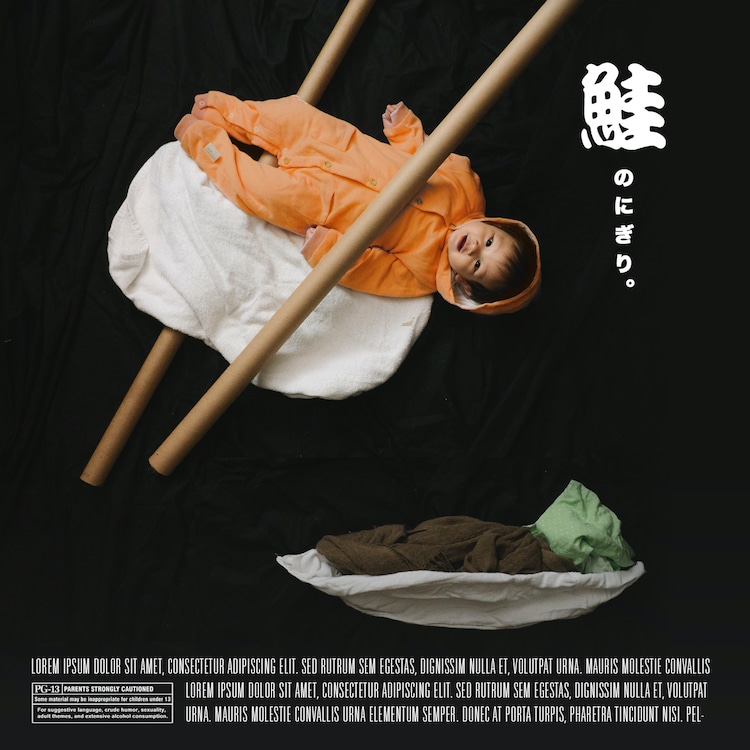 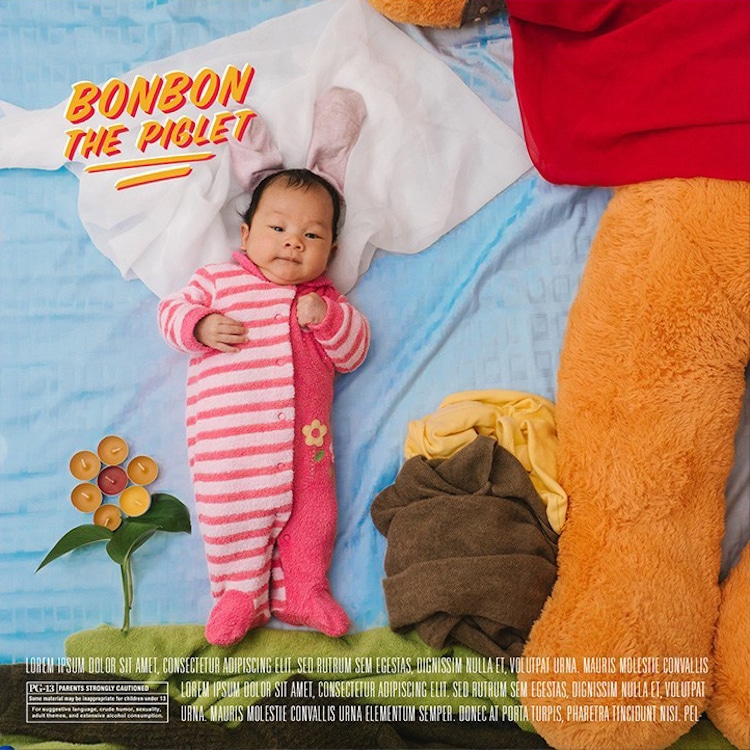 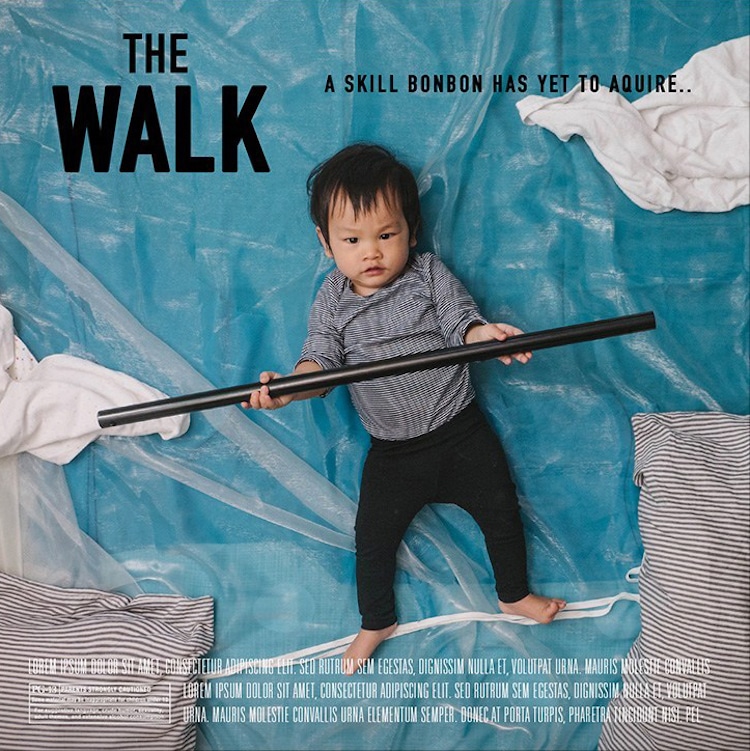 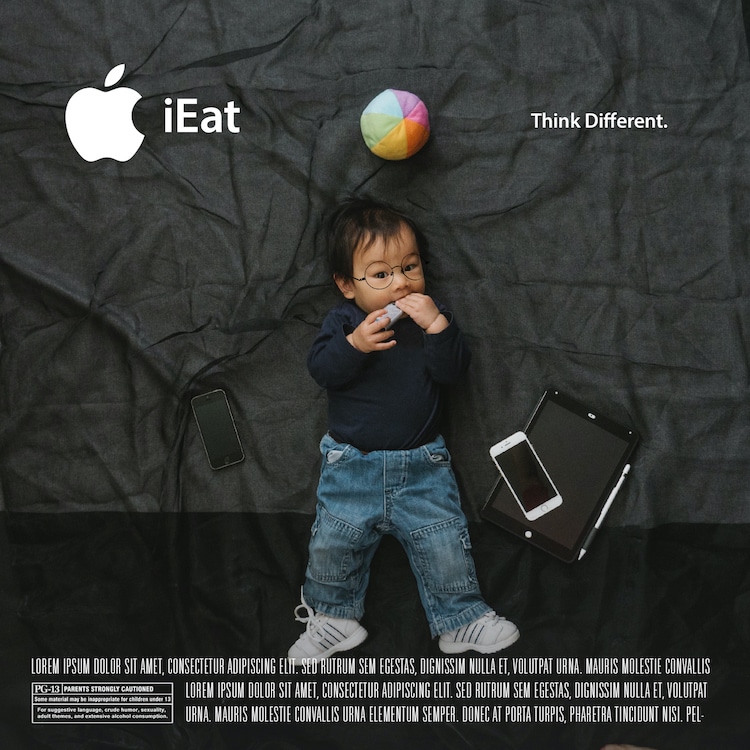 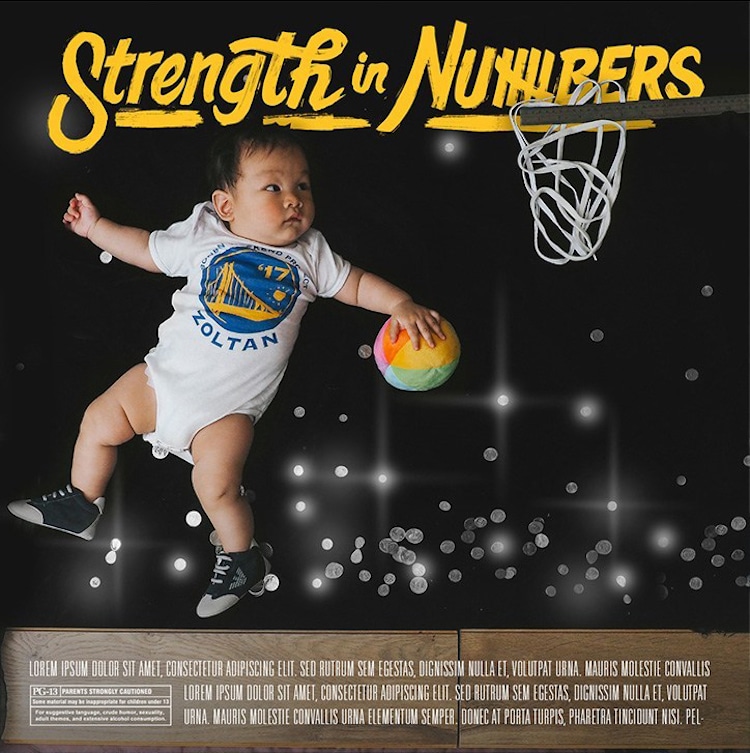 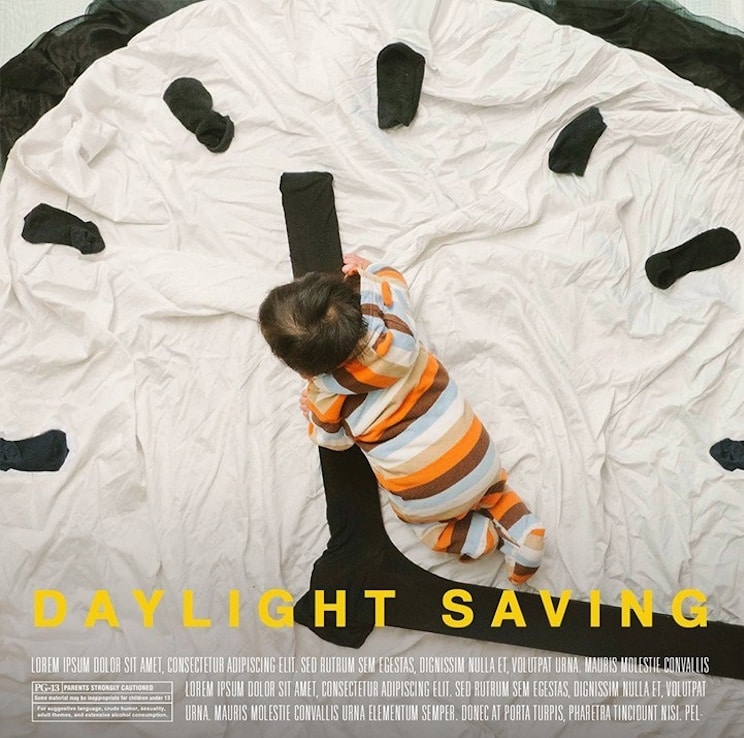 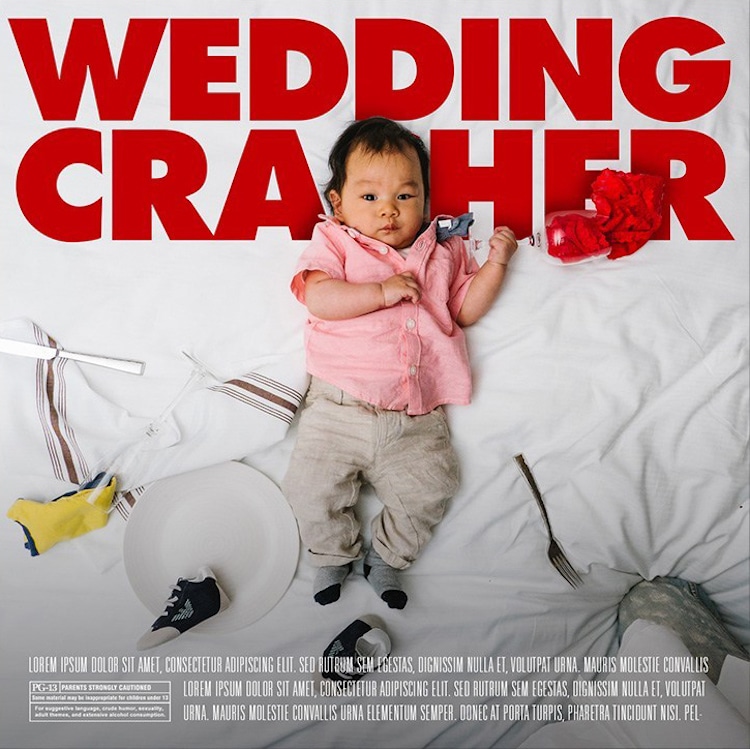 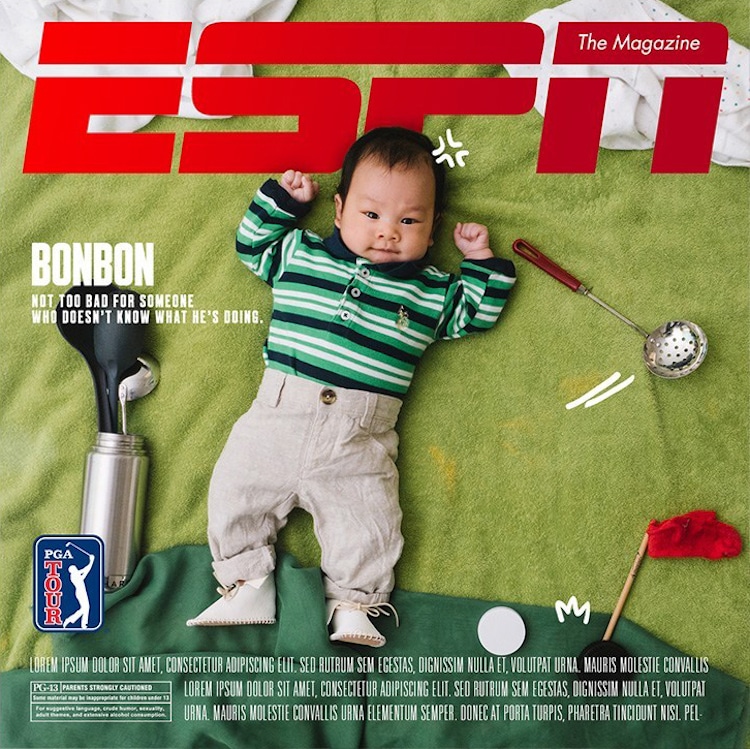 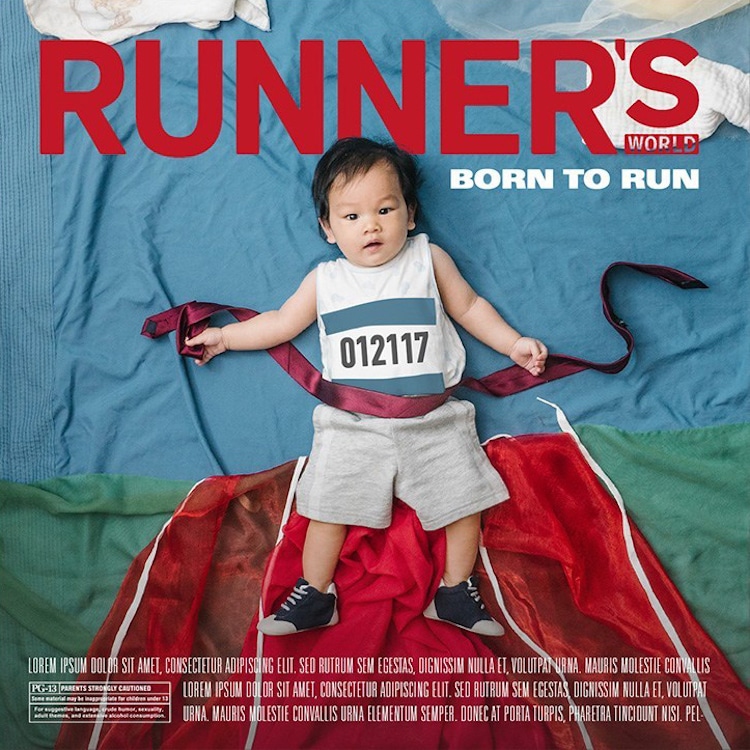 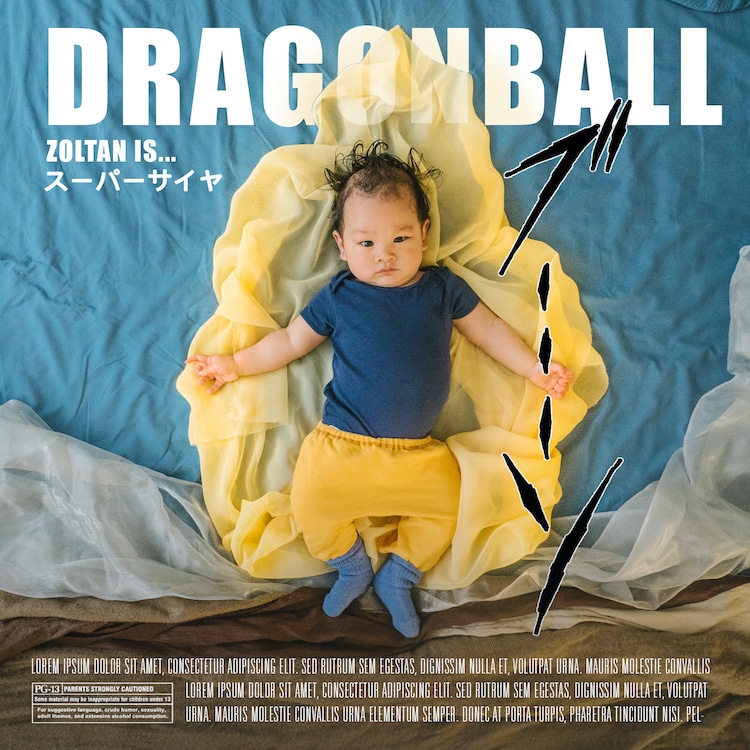 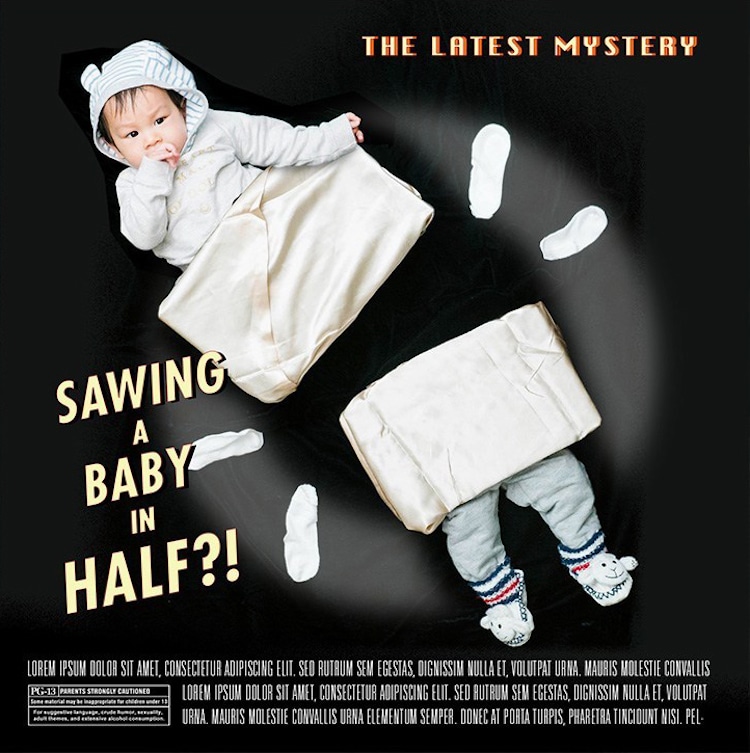